blog:articles_on_writing:self_publishing_traps
« Landing the Mars 2020 Rover Safely
Voices in the Dark » 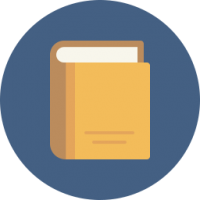 Sometimes it's a while before I post a new book review. Usually this is because I've read some self-published novels that I don't want to review. When I post a review, I'm telling readers about a book I'd recommend. This is good for readers, and it's good for the authors who get the recommendation. I'm not out to harm someone's writing career - which can always be turned around in the future - and I'm certainly not the sort of pompous umm, donkey, that simply lets my mouth run without a care in the world.

This article is about some of the traps self-publishing authors tend to fall into - and which the successful SP authors avoid. There are many things I could discuss here, but I'll just stick to the ones I see cropping up most often.

First off, you should know I only have a limited amount of time, so I can't review a hundred novels at once. Sorry, but that's basic physics for you. If I agree to review your novel, you may have to wait a while for me to get around to it, and then I'll need time to read it. I only review hard copies. page, and some I buy because they catch my eye. I'd say that about 75% of the self-published novels I read are simply below par because the author has rushed-to-publish. This is where the author has simply published too early. A small percentage of the self-published novels I read are first-drafts that may (possibly) have been through a single round of editing to do some spelling and possibly grammar correction. It is highly likely that most of these were written using the 'discovery writing' technique, and no effort has been made to build in structure.

There are many structures a novel might utilise, and it is not even necessary for a novel to use one at all. However, structure is there for a reason - over hundreds of years (sometimes thousands) structure has been shown to work. If you ignore structure, you need to know what it is that makes stories tick, and understand fully what you need to do to compensate. You can ignore structure, but you do so at your own peril.

It is well worth learning about the various forms structure can take, so you can decide which suits your story best. Each structure brings something to the story to give it impact, and without knowing what this is and how it works, how are you going to write a story that uses no structure at all and get it to work? You might do it once, just out of sheer luck, but repeating it is going to be almost impossible. Structure brings things to the story that still have to be there even if you use no structure at all.

The Hero's Journey is an overlay for the 4-part story structure. See how they work in conjunction with the character arc.

Another problem I often see are cliché characters in leading roles. Clichés are in themselves not necessarily a bad thing, but they almost always are when they are in leading roles. Readers find it very hard to engage with characters that don't seem 'real'. When they fail to engage with leading characters, it is all the harder to get invested in the story, which is a prerequisite for immersion. The Mary Sue is one type of cliché character that seems to pop up regularly.

I've actually read two novels in the last year that seem to have had no editing whatsoever. They were full of spelling mistakes - which in this day and age is unforgivable (and yes, I can spell in both British and American English)- and there were sentences where the author had clearly changed their mind halfway through but failed to delete all the original sentence.

Sometimes we come up with ideas that we think are so cool, we have to include them in our stories. However, most of us do a bit of research first to determine just how viable the idea really is. A few years ago I read a story which was set on the Moon where large colonies existed. As a right-of-passage, young adults would strip naked and run across the surface of the Moon from one airlock to another. I forget exactly how far this distance was, but I believe it was 60m. Anyone who thinks this is possible without the survivors (of which there would be precious few) suffering life-changing injuries hasn't thought about it much.

You can't hold your breath even if you wanted to - the air would literally explode out of your mouth and nose, and your lungs would probably explode too. The intense cold of the vacuum would start freezing your skin and causing irreparable damage within seconds. Your eyeballs would expand, and it would be a race to see whether their internal pressure caused them to explode or the liquid inside them froze and through its expansion rupture the eyes - either way, permanent blindness. The lack of pressure would cause all the gases to boil out of your blood, giving you the worst case of bends in history.

Sometimes when you do some research – actually, quite often – you find out some really interesting stuff and end up changing your mind. In my story, I had some people on the ground on Mars, and wanted a spacecraft in a geostationary orbit above them to give them communications between them at all times. Just for info, when talking about geostationary orbits, the accepted term for Mars is aerostationary. I’ll use g…. It just goes to show that even when you think you have everything worked out, it's worth fact-checking.

One novel, available only as an eBook, had a dozen pages at the front of the novel listing all the characters involved. At the back of the novel, there was a glossary of all the slang words the author had invented. As a reader, you had to constantly flick to the beginning or the back. That's a good way to break immersion in a story when it's in paperback form, but doing this kind of thing in an eBook is terribly difficult, especially when, having looked up what you need to know, you have to find your way back to wherever you were. The author didn't make the book available through print-on-demand, so eBook was your only choice. Needless to say, I gave up after thirty pages and deleted it.

Writers are often told that info-dumps are bad and to avoid them. The fact is though, they're often necessary. The trick is to introduce them in such a way as they don't stop the story dead in its tracks while you divulge this important information. As usual, showing is better than telling, and breaking information down and releasing it to the reader in small snippets as and when those snippets become relevant is key.

The one exception to this is in science-fiction and its brethren - cyberpunk, steampunk etc. For example, your MC may be waiting for a transportation system they've never been allowed to use before, or couldn't afford, and they think about the history of this thing. It's an info-dump, and perhaps one that covers several paragraphs. You can get away with it because through this one thing, you shine a light on how the world came to be the way it is today, and through that, your MC's place within it. The info-dump cannot be a droll recitation of history, it has to be entertaining, and therefore a mini-story in its own right. At the end of the info-dump, the reader should see the MC in a new light, otherwise all you've done is add in an aside that could be taken out and still leave the story intact.

I read a story earlier this year, where the first sentence introduced us to the MC. The next sentence began the info-dump, and for the next twenty pages we got her life-story to the present day. It wasn't even interesting, it was pretty typical for someone in her position. If you are a discovery writer, putting this kind of thing into the first draft is par for the course. When you edit, cut these things out and add them to your character notes where they'll create a decent backstory. Just remember that once you've cut them out, the reader will no longer know this information, so if any of it is actually important to the story going forward, you'll have to work some of it back in.

If you're a writer and you've got this far in reading this article, then you are someone who cares about your craft. You've probably been nodding at some of the things I've been saying, and most likely heard it before or come to the same conclusions yourself.

I only started reviewing novels late 2018, but if I'd started doing it a decade ago I'd have written many reviews of excellent stories by now. I don't demand perfection. If the story is good enough (and well told enough) to shine through its flaws, I'm happy to review it. I'm a writer myself, so I know how hard it is to tell a story, and I also know that writers who care about their craft will never sit back and say “I know it all”. We'll all struggle to improve for as long as we live. That's what we do.

Keep writing and never give up!

Donna Foster, 2019/07/31 16:00
Thanks for your insight. I'm not published, yet, but I think I have violated most of the rules you explain. Most of what I write is creative non-fiction which offers multiple problems.

And every edit of the manuscript sees me changing/rewriting text. Sometimes, you understand something better later.