To the Moon and Mars 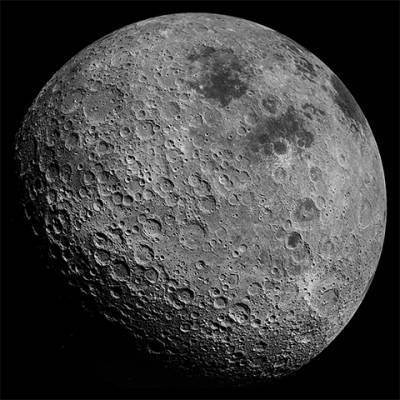 NASA has outlined an aggressive timetable for an equally aggressive return to the Moon, with a view to making the Moon a waystation for trips to Mars. This requires the development of a whole slew of new technologies, as well as ramping up existing technologies and capabilities to whole new levels.

Returning to the Moon is also just the first step toward sending a crew to Mars. With manned landings on the Moon planned for 2028, and manned missions to Mars beginning in the 2030's, this ambitious program has some tight deadlines. NASA hasn't wasted the years since the last manned mission to the Moon, and everything from Skylab to the International Space Station have all been steps along a path which is rapidly coming to a climax.

Front and centre of their plans is a space station that will orbit the Moon, known as The Gateway. Gateway will be the waystation for both Lunar and Martian exploration by people. 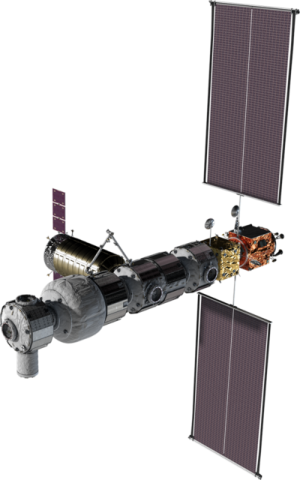 I can't help be reminded of that classic story by Frederik Pohl, also named Gateway, and wonder if it inspired the name of NASA's planned station. In Pohl's story, Gateway was a place where prospectors set out to discover new parts of the galaxy using alien technology. Nobody knew how the technology worked, and there was a good chance of not coming back. It was also a story about a descent into madness through extreme stress and anxiety. Nevertheless, it was a place (Gateway was an asteroid) from which further exploration was possible, and in this regard it is a suitable model for NASA's proposed orbital station.

Solar electric propulsion (SEP) is seen as a key element in making exploration efficient, affordable and reliable. SEP provides a sustainable power source. This could mean an ion engine, which requires minimal amounts of gaseous fuel, or the more powerful VASMR-type plasma engines, which require more fuel. The 'fuel' in both cases isn't burnt, like in chemical-reaction rockets, but changed in some way. For example, plasma engines heat the fuel until it turns into a plasma. VASMR-type engines pump variable frequency radio energy into the gas. Both ion and plasma engines are noted for their low consumption of fuel by volume in comparison to chemical-reaction rockets.

As mentioned before, the station will be a waystation for both Lunar exploration and trips to Mars. It makes a lot of sense to use the Moon as a launch-point for trips to Mars. It has a lower gravity, and therefore a lower escape velocity. It also gives a gravitational assist. Since the manufacture of fuels on the lunar surface is one of the things they will be doing, this means the amount of fuel having to be lifted from the Earth's surface is reduced - which means less mass, making it easier to launch into space. Whether missions returning from Mars will stop at the Gateway or head directly for Earth is not yet clear.

As part of this dual-thrust to return to the Moon and plan for excursions to Mars, NASA state they will begin to exploit the resources the Moon has to offer. What this means isn't entirely clear, but probably involves the manufacture of fuels as well as other things. What they intend to s=do, is build a sustainable presence on the Moon.

NASA also states this: We will print, manufacture and build as much as we can with materials found on the Moon.

3D printers have been with us for quite some time now, but what on earth (pardon the inappropriate pun) could they print using lunar material? The short and unhelpful answer is 'anything', if they can process lunar material to extract what they need - e.g. metals. There is also a lot of hydrogen available in the regolith, often in the form of isotopes, so we might be able to add plastics to that.

Back in the 1970's, NASA and other agencies and of course, academia, experimented with making bricks out of the regolith. The way it works is simple enough: Place some regolith in a brick-shaped container, then heat it in a solar oven (basically, just a parabolic mirror to focus sunlight on the mould). Not only do you end up with bricks made out of rock, but in theory at least, they are non-porous, so capable of containing an atmosphere. In any case, it would be easier to transport some kind of lining to ensure an internal atmosphere doesn't escape than it is to send up hard life-support modules capable of sustaining a human presence over a protracted period of time.

NASA also mention (frequently) that large amounts of water-ice are available on the lunar surface. Water can be used, in and of itself, as a fuel. You can also separate the hydrogen from the oxygen, then recombine them and ignite to make one of the most powerful fuels used in space technology. Water has plenty of other uses too, and since it is heavy and difficult to lift into space, the presence of this wonder-stuff is a huge boon.

When will all this take place? Very soon. Here's another quote from NASA:

Working with American companies and leveraging the Gateway, NASA has proposed designing and developing a new reusable human lunar landing system. These elements include descent, transfer, refueling, ascent and surface suit capabilities. NASA is targeting launch of the first demonstration mission in 2024 to test the descent capability on the lunar surface. A second demonstration mission in 2026 will follow, testing the entire new system on the surface before a test mission with crew.

By 2028, NASA will be ready to send astronauts from the Gateway to the surface of the Moon. On this first mission, crew may stay on the lunar surface for up to seven days – longer than any other human mission in history.

That's enough to give me goosebumps right there.

NASA are required to put someone on Mars by the end of 2039. They seem to be right on track, despite the apparent hectic schedule ahead of them. Will this culminate in a permanently manned base on Mars?

My personal opinion (which carries little weight with NASA or any of the other space agencies) is that a permanently manned base is a logical progression. However, we've seen what happens when public interest wanes - the Apollo programme got scrapped. After just two Moon landings, Jim Lovell broadcast from Apollo 13 to what he thought was the world, or at least a large section of the United States' populace. Nobody was listening. It wasn't until disaster struck his craft and put the lives of the crew in serious danger that anyone took note they were en-route to the Moon at all.

I expect that Mars missions will follow a fairly logical progression: 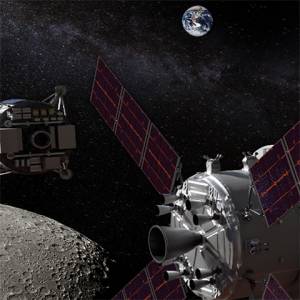 Of course, this is just NASA. Other space agencies may follow the same progression, and may or may not be working in conjunction with them. It also requires funding to be maintained, and that is no certain thing. However, NASA's plans to put footprints on Mars is accelerating at a time when America is coming out of depression, and that surely helps. Timing is everything.

Putting the first man on the Moon was huge fillip to American pride and prestige, as well as playing a part in the Cold War. Right now, I suspect that putting a man or woman on Mars would give Americans a confidence boost that things are heading in the right direction within their economy. Not that they need it, I suspect, but it makes it unlikely that a future President will cancel the programme when it is so close to fulfilment. Not unless the world economy does another nose-dive like it did in 2008-2009.

Man or Woman on Mars?

In this day and age, it is just as likely to be a woman who is the first to set foot on Mars. Indeed, it might seem practical to ensure it is a woman in order to promote and highlight equality. The danger though, is it is seen as a political stunt. I take the view that if a woman is in the crew that makes the first crewed landing on Mars, she is as deserving as any of the rest of the crew. Other people wouldn't see it that way though, unless she was the commander.

Feel free to leave your thoughts on this in the comments section below, as well as comments you may have on anything else discussed in this article.