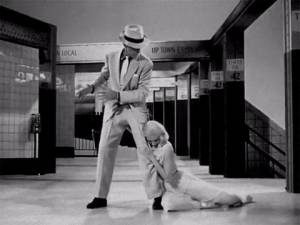 There was a litany that writers used to be told, but is rarely heard these days. If you've been a writer for more than ten years you will probably recall it: “Stick to the facts!”. Does that mean your story ends up a dry, soulless, sequential list of equally dry, soulless facts? Of course not.

Sure, we want to know that Jack went up the hill. We want to know he did so to fetch a pail of water. We also want to hear that he fell, and that Jill patched him up with (of all things) vinegar and brown paper. Those are the bare bones facts, and they about as full of life as a sterile Petri dish.

We also want to know why Jack went up the hill - to fetch the purest snow to make tea for his dying grandmother. We want to know that he put a telescope by her deathbed so she could monitor his progress. We want to know that the 'hill' was the Eiger, and that by dint of the location of the grandmother's bed, he has to climb the north face, else she won't be able to watch him. Knowing as we do that he falls, there are stakes, challenges, excitement and drama.

These are all facts. Our summary is sounding a lot more interesting, but we haven't diverged from 'the story' and started telling another story - such as a 10,000 word epic where Jack recalls his dog Rex, who developed rabies three years ago and they had to put him down. As much as it might be well written, or that it is a fine story in its own right and that it makes everyone who reads it break down in tears, it has nothing to do with Jack climbing the Eiger. The real story has stopped dead in its tracks and the reader has to wade through this mini-epic, wondering when the text will return to the main story and get it moving again.

The old litany, stick to the facts, really means stick to the story and stick to what's important to the story. Don't get distracted by side-stories, unnecessary flashbacks and encyclopaedic histories of your world. You might argue that the flashback gives us more information about a character and 'puts flesh on their bones', but if it doesn't do so in a way that is important to the story, then it should either be removed or revealed over time in smaller snippets, so as to not keep stalling the story.

The first draft should be about getting the story down on (virtual) paper, so the author can read it and discover all its flaws. Sticking to the bare bones of the story - the facts that define the story - helps, since everything else will mask those so-important flaws. What the author does next depends on what they have discovered about their story: Edit, rewrite, start again or abandon.

The story is looking good. Granny is on the edge of her bed, glued to the telescope. This whole adventure is either going to finish her off with too much excitement, or put some verve back in her. Jack falls off the Eiger (did he get that snow first?) and Jill rushes out (ahead of the mountain rescue team) with the small parcel she picked up from the post office and the bottle of vinegar she got from the corner shop while she was out. Does Jack survive? Will the brown paper staunch the flow of blood? Does the vinegar… Whether granny gets her tea-made-from-snow is entirely up to the author, as is the decision about whether it's a happy ending or not.

In writing this story, the author might do well to know a thing or two about mountaineering, or at least rock climbing. In other scenarios, different knowledge might be required that the author is unlikely to have experience of. Lucy Summers is an equestrian, and she does archery, and also mixes the two with mounted archery. Her insights into horses and what they can and can't do, archery and equipment are regularly posted in The Sci-fi & Fantasy Writers' Guild. There are other people with knowledge of just about everything you need to know, and they all lurk on the 'net waiting for you to find them. Handy.

In those bestselling novels where the author has toted a wealth of knowledge about things the reader is likely to know little or nothing about, it is worth remembering how they presented information about those things. For example, in The Martian, the equipment is described in a very generic manner with detail thrown in only when the ingenious way in which it works is likely to prove fascinating to the reader (for example, the machine that manufactures hydrazine - rocket fuel - out of the Martian atmosphere). Incidentally, explaining how it works also tells the reader - without actually saying it - why it can't manufacture any more fuel.

We never get to see flashbacks of Watney in training, or during his school years yearning to become an astronaut. Nor do we see his parents wringing their hands and hanging on every word that comes back from Mars. It might be interesting, but the story is about Watney in the here and now. Actually, its Watney in the past, right up until the attempt to get off the surface begins. Other than that, Watney is only seen through his own log entries. If we'd not found out the ending any other way, then we wouldn't know until the very end of the novel whether we were reading the logs of a dead man. Until the very end section, his status as living or dead isn't important to the story, except perhaps to add tension as we hope more and more that after all he's gone through he's going to make it.

Ann Leckie, in her novel Ancillary Justice, decided that knowing the genders of the various characters wasn't important to the story, only their roles, and so made the conscious decision to omit them. In the whole trilogy she only reveals the gender of one character, and it's not even the hero/heroine. In fact, Leckie twists a lot of things she believes we don't need to know. For example, the heroine (let's call her female for brevity) begins as a heroine, but later begins to resemble an anti-heroine, and thesetwo antipodes are frequently twisting until we don't know how to label our character - and only then do we realise that Leckie is trying to break free of such things as labels and roles. How does she do this? She sticks to the facts and anything superfluous gets discarded - things like gender. Ancillary Justice was the first novel ever to win the top five major SF awards in the same year.

Sticking to what's important is, erm, important, and it pays dividends.